Planting trees to bring harmony to the land of sharp contrasts 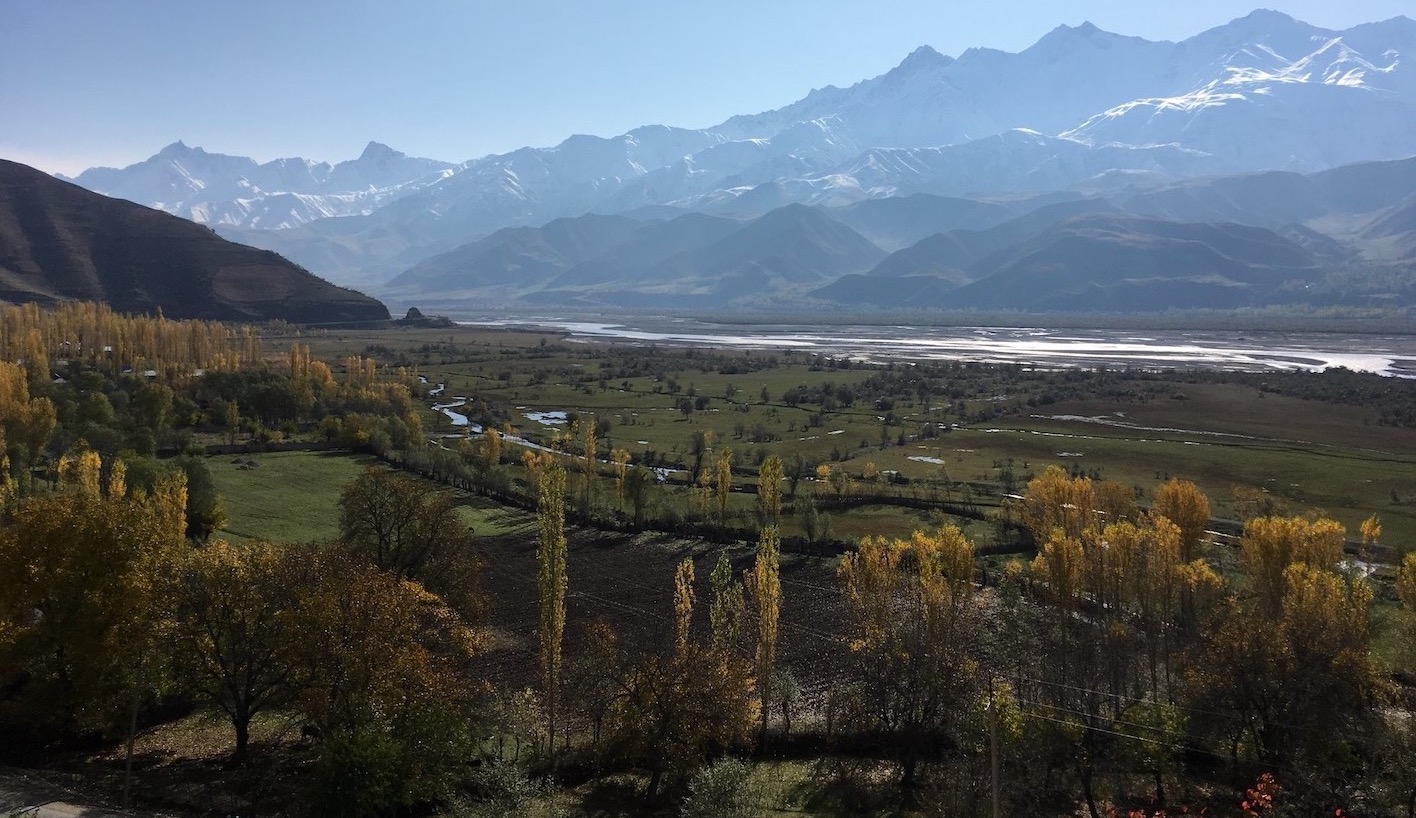 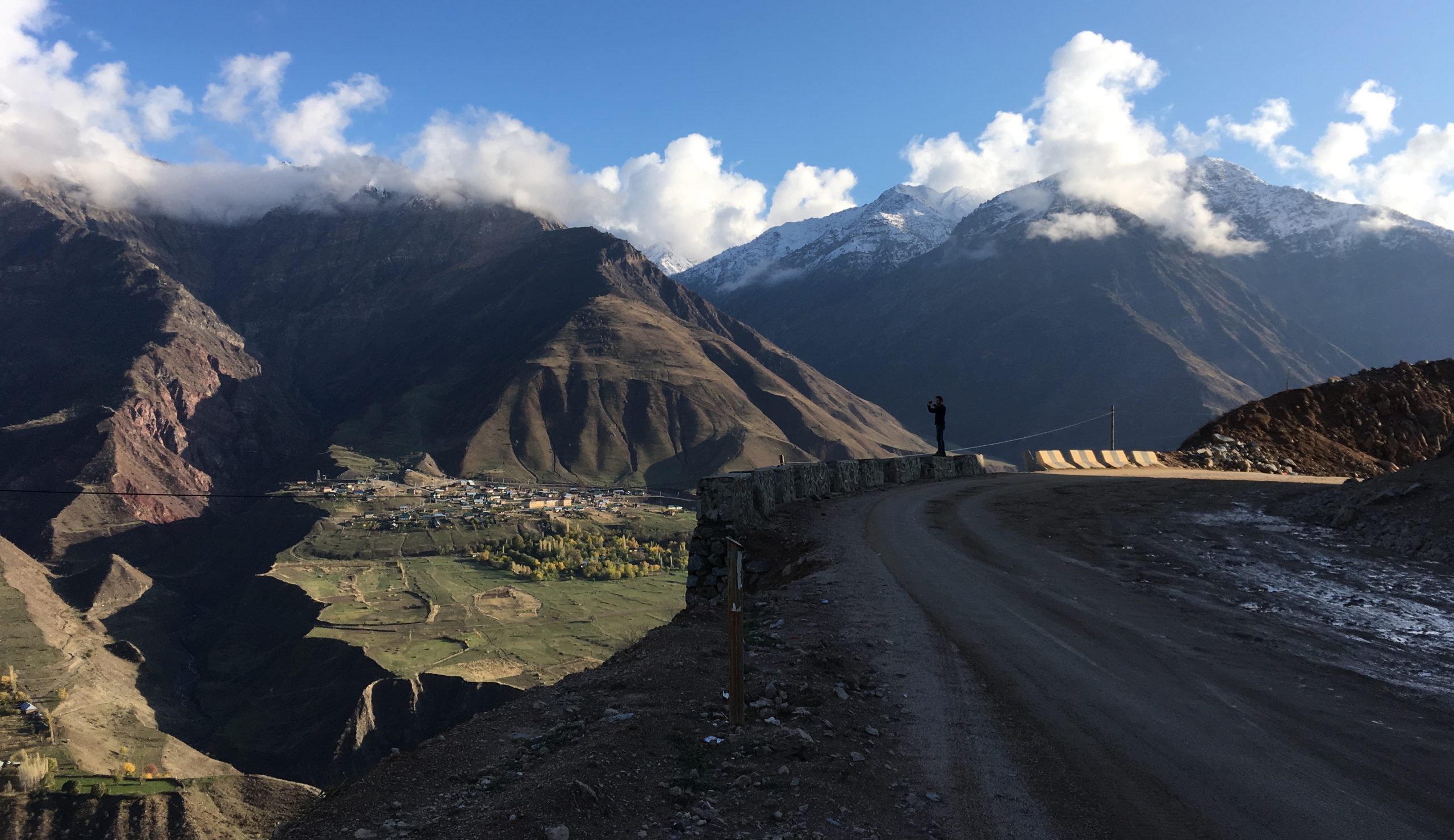 Tajikistan Trees is a project of Dasht Foundation. Dasht aims to help Tajikistan; the land and the people. We work to re-forest Tajikistan and revitalise sustainable small-scale farming. We work to improve the livelihoods in rural communities, focusing on women empowerment.

Tajikistan is vulnerable to climate change. The main problem is landslides, caused by erosion, increased by extensive deforestation. The soil has become exhausted. Tajikistan has only 3% of forested area left. After the collapse of the Soviet Union, Tajikistan faced an energy crisis in the 1990s. The supply of coal and electricity came to a halt, and people had to cut down trees. The impact is still felt today. In Tajikistan 40% of the population lives below the poverty line.

The official language of Tajikistan is Tajik, a variety of Persian, and Russian is
also spoken by many.
Population: 8,91 million people
Tajikistan became independent in 1991, after the collapse of the Soviet Union. A civil war broke out.
100.000 people died and 500.000 people left the country. After the war the country was devastated. The country has been recovering very slowly ever since, facing new challenges due to environmental factors.

Trees stop erosion and protect farming lands. It is possible to help Tajikistan and its people by planting trees and by encouraging locals to do small- scale farming on the land protected by the newly planted trees. By planting trees we will protect the environment – this will have an impact on the life of all of us.

Tajikistan Trees project will plant fast growing trees like poplar, willow and tree of heaven. The root system of poplar and willow trees have the beneficial effect of holding the soil together and reduce erosion. In addition to reducing erosion, these trees are beneficial for their: carbon storage, wind protection, flood risk reduction, air quality improvement, increasing biodiversity, aesthetics and sustainable timber production.

The Tajikistan Trees Organisation will contribute to improving global sustainability. 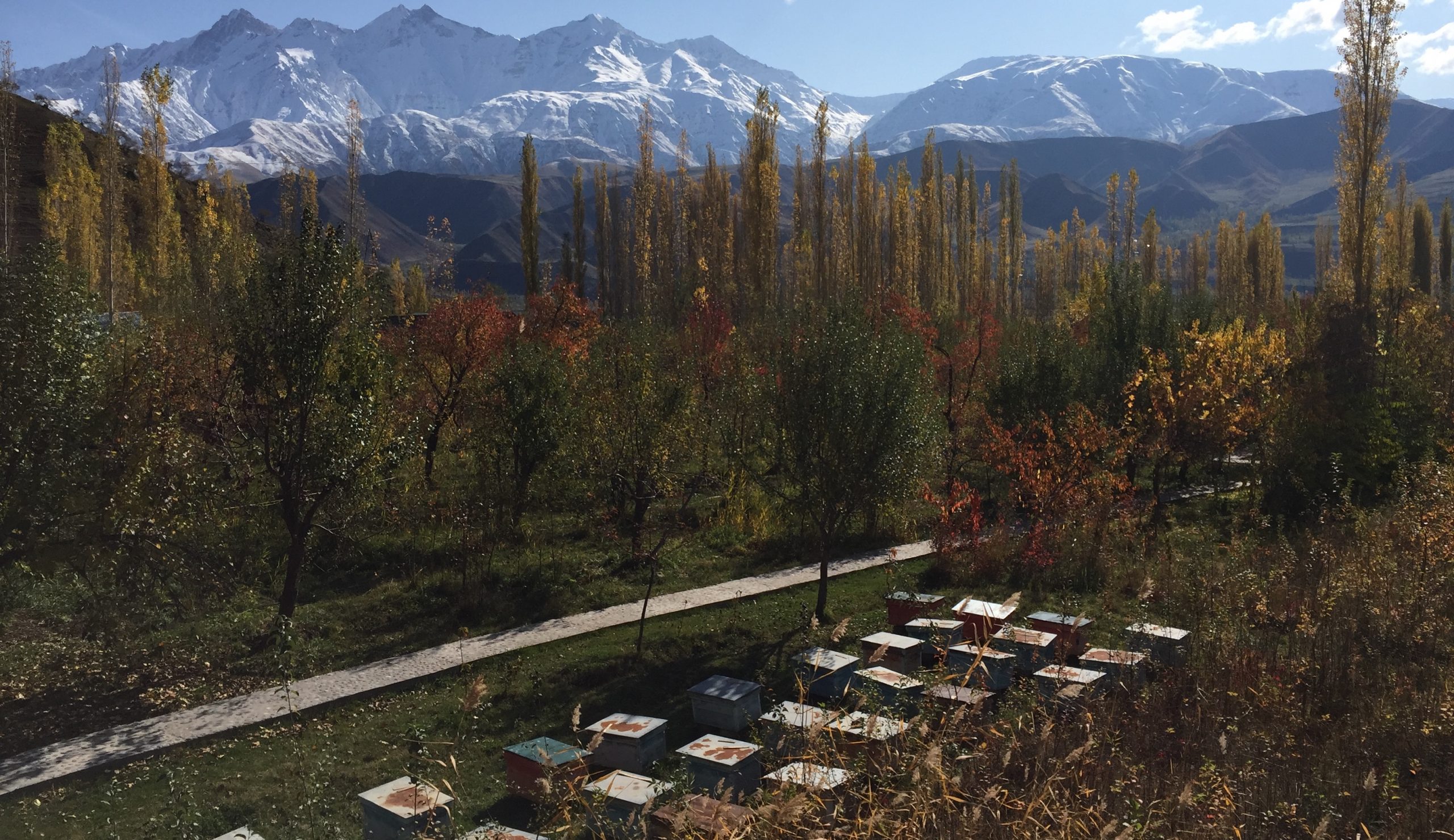 Our tree planting project will not only decrease atmospheric CO2 towards carbon neutrality, but will at the same time support the achievement of several Sustainable Development Goals (SDG’s):

Tajikistan’s agriculture faces the following challenges: poor productivity; water stress and disaster-incurred losses. Cotton cultivation, inefficient water systems and the inadequate property ownership rights of the farmers all lead to the overuse of the soil. Soil is in danger of degradation due to erosion, swamping, deforestation and salinisation. The climate of the country further worsens the state of the soil, desertification has been a major problem for decades. Tajikistan’s climate is characterised by long, dry and hot summers.

Eco-friendly innovation stimulates not only production but an efficient use of natural resources as well. Innovative strategies have the potential to decrease poverty through rural development. 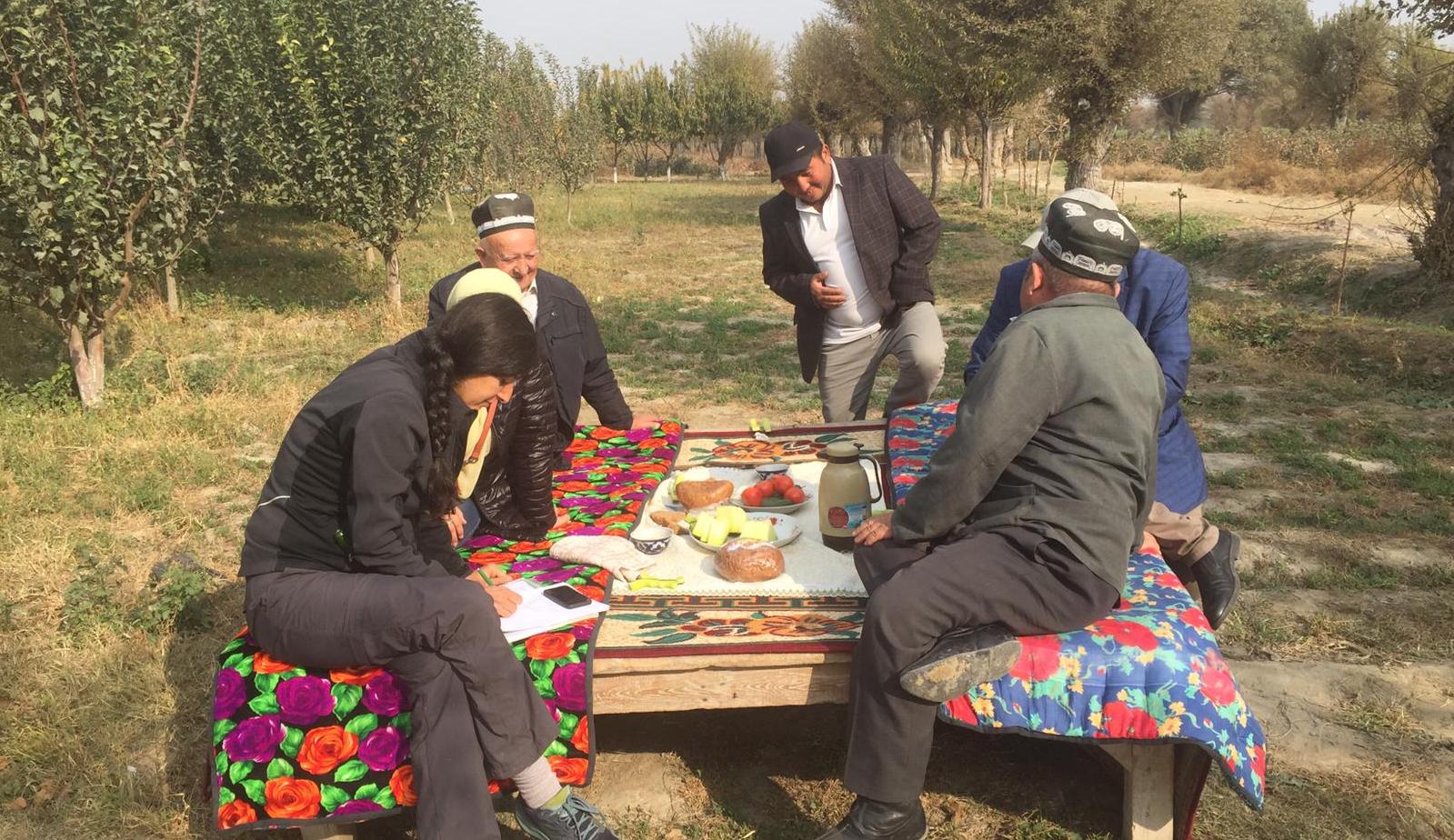 The smallholder farmers are predominantly women, due to high male migration. 75.1 percent of women and 41.8 percent of men work in the agricultural sector in Tajikistan. Only 10% of Tajik women involved in farming are land-owners. At the same time in rural areas 86% of women work as farmers. It is difficult for women to adapt to the new situation: they are taking on the roles that traditionally belonged to men and at the same time they need to keep on their traditional female roles in the family and household. This double workload lessens their chances of education and networking. Thereby the gender gap is kept in terms of financial appreciation and social opportunities despite the change in roles. 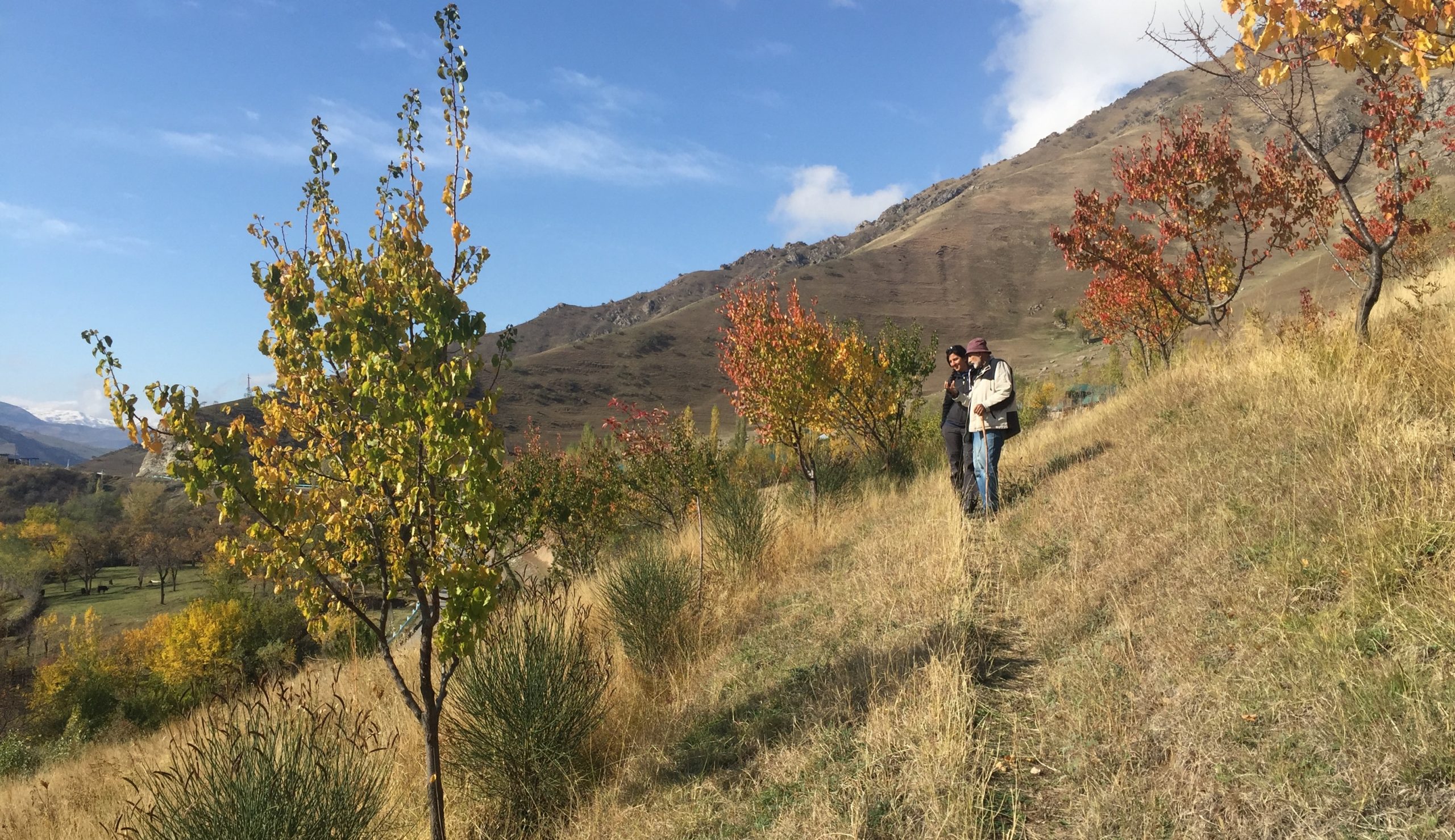 Due to Covid-19 pandemic, we have postponed our campaign to 2021. In April 2020 we only made a pilot study to plant trees for one farm in Jafr village, which was operated by Rushnoi NGO.

In March 2021 we started our project, in collaboration with Rushnoi NGO. Unfortunately due to the pandemic we couldn’t go there ourselves but Rushnoi NGO planted 1800 trees in Jafr village around of 7 farms.

We will continue our project in March 2022 to

We aim to collaborate with Neksigol Mushovir NGO on a big project: to make fruit and vegetable gardens for schools in regions with low and inferior standards. During this project, we will provide the schools with tree saplings and food for workers. Dasht and Neksigol NGO will also work together in training the school staff, sharing the knowledge of planting and caring techniques.

Help to support farmers in need while drawing down CO2.

Dasht Foundation will plant 5 to 10 thousand trees in Rasht valley of Tajikistan in 2022, where smallholder farmers need our support the most.

Make a donation to our Tajikistan Trees project

Are you a U.S. citizen and interested in US 501c3 tax deductions?

Dasht is a non-profit organisation, all your donations get spent directly for the cause.

Have a look at our team on the Dasht website.

Drop us a note!

The Dasht foundation is a public benefit (ANBI) organisation.

Dasht brings awareness and education along with biodiversity to remote regions of our planet.